In this week’s blog, Anastasia Vakaloudi shares details of an educational project exploring the history of the Holocaust to support integration of contemporary refugees in Greece.  She and colleagues have developed the project with the Jewish Museum of Thessaloniki.

“When we teach History, it is helpful to structure lesson plans aiming not only to educate students about particular topics such as the Holocaust and global mass atrocities but to help them prevent possible future atrocities. Through historical analysis we should be engaged with moral and anti-racist education (Layman & Harris, 2013, p. 4).”

The aim of the program is to empower and prepare Greek students to be actively involved in the integration of refugee students into the Greek educational system and society, and to help refugees get accustomed with Greek culture.

As part of the project, secondary school students will explore their knowledge and understanding of the Holocaust, and recent mass atrocities.

For centuries, Thessaloniki was honored with the title “La Madre de Israel” and was one of the most populous communities of Sephardic Jewry in the world. Thus the first workshop will take place in collaboration with the Jewish Museum of Thessaloniki. First the teachers and then the students of the participating schools will visit the Museum and they will listen to a lecture about how the Nazis organized the persecution of Jews in Thessaloniki. Then they will watch a documentary film (produced by the Jewish Museum of Thessaloniki) which presents testimonies of Greek Jews who participated in the Resistance. Schools will be able to borrow a relevant “Museum kit” from the Museum for further activities. Next, teachers and students will watch a documentary film in which a Thessalonikian Jewish Holocaust survivor narrates his story. Finally, a discussion with a Holocaust survivors’ descendant will follow.

For the Nazis, the national “folk” community or Volksgemeinschaft was a group of supposedly racially superior individuals who accepted and obeyed Nazi ideology. The Nazis demanded the German public’s unconditional obedience, and they tolerated no criticism, dissent, or nonconformity.

Our educational program aims to encourage students to:

This approach explores contexts in which societies can become vulnerable to extreme messages, and empowers students to respond to messages that could be dangerous, including hate speech.

What will students learn?

Through studying cases of genocide and mass atrocities, students will come to realise that democratic institutions and values are not automatically sustained but need to be appreciated, nurtured, and protected, and that silence and indifference to the suffering of others, or to the infringement of civil rights in any society, can — however unintentionally— perpetuate the problems.

Genocide is not a “natural” phenomenon, but occurs because individuals, organizations, and governments make choices that not only legalize discrimination but also allow prejudice, hatred, and ultimately, mass murder to occur (USHMM).

In the proposed program we use the methods of “project based learning” and “historical empathy”.

“Historical empathy is the process of students’ cognitive and affective engagement with historical figures to better understand and contextualize their lived experiences, decisions, or actions. Historical empathy involves understanding how people from the past thought, felt, made decisions, acted, and faced consequences within a specific historical and social context” (Endacott & Brooks, 2013, p. 41; Vakaloudi, 2017, p. 120).

Students will participate in various workshops, studying cases of crimes against humanity, means that are used to provoke fanaticism and intolerance against minorities and “different” groups, and investigating why modern refugees flee from their countries.

Thus, History becomes a means for sensitizing students, strengthening their value system and self-improvement. Students relate past historical events with the modern world. Thus the Holocaust is linked with the recent mass atrocities, the refugees in Greece, the victims and survivors of different genocides from the past to the present day (Vakaloudi, 2017, p. 121).

1st training session in collaboration with the Jewish Museum of Thessaloniki:

2nd training session: Study of cases of other crimes against humanity (e.g. the genocide of the Christian Greek population which lived in the Ottoman Empire by the Turks in Asia Minor [Greeks’ historic homeland] during World War I and its aftermath (1914–22) and the Greek refugees’ issue, the Nazis’ mass atrocities and mass crimes in Greece, etc.).

3rd training session: Activities that encourage students to see recent refugees and forced migrants as more than just numbers in need of aid, but as the people that they are. 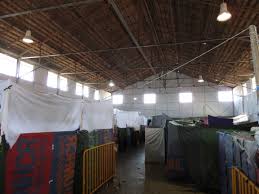 The Jewish Museum of Greece

Tasks for democracy (2015). Pestalozzi series No. 4, Strasburg: Council of Europe.

Vakaloudi, A. D. (2017, Spring-Summer). From the Holocaust to recent mass murders and refugees. What does history teach us? International Journal of Historical Learning, Teaching and Research, 14(2), 119-149.

Anastasia D. Vakaloudi has a M.Α. and a Ph.D. in Byzantine History, a M.Ed. in the Didactic and Pedagogic Use of ICT in Education, and a Ph.D. in Didactics of History and the Use of ICT in Teaching History. She also attended a Master’s Degree course of Byzantine History in Ludwig-Maximilians-Universität in Munich, Germany. She is a Teachers’ Supervisor (Inspector) in Secondary Education (Ministry of Education), Adjunct Professor of the Hellenic Open University and Teacher trainer in the Use of ICT in Education. She is a author of 13 scientific books and has contributed to six scientific national and international collective volumes and six textbooks for teacher training programs and postgraduate specializa­tion studies programs.

2 thoughts on “Refugees, the Holocaust and the Thessalonikian Jews – An Educational Program in Greece”